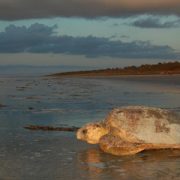 Federally threatened loggerhead sea turtles have reached an important milestone this year on Georgia’s coast – over 3,000 nests were laid along 14 barrier island beaches.  This marks the highest number of nests recorded in the state in the 30+ years that our beaches have been monitored and a more than 40% increase from the previous record set last year.

Georgia is noted with having one of the oldest sea turtle conservation programs in the world, starting with the Little Cumberland Island project, in 1964.  Today the Georgia Department of Natural Resources (DNR) coordinates the Georgia Sea Turtle Cooperative, a group of state, federal and private biologists and conservationists that monitor Georgia’s beaches for sea turtle nests.  Loggerhead sea turtle nesting season starts in May when the first females crawl onto Georgia’s beaches to lay their nests in the dunes, and the last nests typically hatch in October.  Female turtles typically lay their nests at night, and may lay 2-3 nests per season with around 70-140 eggs in each nest.

Cooperative members move quickly to protect newly laid nests from predators like raccoons, coyotes, and feral hogs by covering the nests with protective screens. When nests have been laid below the high tide line and face the risk of being washed over, they are moved to higher ground to increase the likelihood of hatching. Once the nests have hatched, 50-70 days after they are laid, nests are excavated to determine how many eggs were laid and how many hatched.  It is estimated that only 1 in 1,000 hatchlings will survive to adulthood.

In addition to trained biologists, several nesting programs on Georgia’s barrier islands engage volunteers, citizen scientists, student interns, and teachers as part of their seasonal monitoring.  Some of the programs, particularly those on more developed islands, take education a step further and offer guided walks and educational programs aimed at increasing awareness of the importance of sea turtle conservation among coastal residents and visitors.

While the Cooperative has placed a priority on protecting sea turtle nests over the last 30+ years, there has also been significant push to reduce the number of sea turtles stranded in shrimp trawl nets.  Shrimping season in Georgia coincides with sea turtle nesting season. Historically, shrimpers inadvertently captured and drowned turtles in their nets as they trawled for shrimp.  In the mid-1980s, Sinkey Boone, a Georgia shrimper from Darien, developed a “Turtle Excluder Device” (TED) that frees turtles from shrimp nets while shrimpers continue to trawl.  This device has significantly reduced the number of drowned sea turtles in areas where shrimping is prevalent.  The World Wildlife Fund later recognized Boone with a national conservation award for his invention.

2016 will be remembered as a significant milestone in the conservation of sea turtles in Georgia.  While it will take several more years of similar if not greater numbers of successful sea turtle nests to deem the population recovered, conservationists throughout the region are celebrating a very encouraging trend and the long term investment that made it possible.  30+ years of conservation work – with help from conservation philanthropy – is paying off!

Links to sea turtle conservation work in coastal GA, including opportunities to fund: 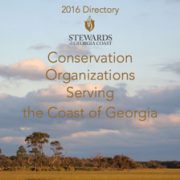 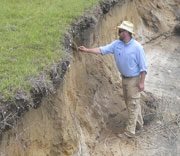 Each issue of Shoreline will profile coastal conservation projects of major significance.  In most cases, projects will feature highly collaborative partnerships and, in all cases, success will depend on co-investment by private donors.  These profiles are meant to educate coastal donors about the leading edge of conservation throughout Georgia’s coastal region and signal opportunities for high impact co-investment.  A “Living Shoreline” planned for Ossabaw Island is an ideal project to open this series:  it represents collaborative, cutting edge conservation and its impact on Ossabaw Island and the Living Shoreline movement in Georgia will be significant. END_OF_DOCUMENT_TOKEN_TO_BE_REPLACED 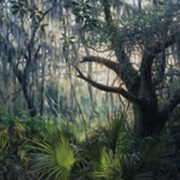 The Wild Treasury of Nature, a body of work by Philip Juras that includes 52 paintings of Little St. Simons Island, will be on display this summer at the Marietta/Cobb Museum of Art in Marietta, Georgia from July 9 – September 11. The Wild Treasury of Nature continues Philip Juras’s exploration of the pre-settlement wilderness of the American South as the earliest naturalists would have encountered it.  His paintings illuminate the wild beauty and importance of Georgia’s coastal habitats through the lens of Little St. Simons Island, an undeveloped barrier island on the Georgia coast. END_OF_DOCUMENT_TOKEN_TO_BE_REPLACED 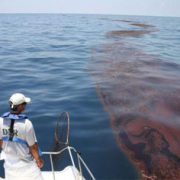 Offshore drilling has been taken off the table for Georgia and other Southeastern Atlantic States by the Department of the Interior’s Bureau of Ocean Energy Management for at least five years.  It is a tremendous victory for marine wildlife and Georgia fisheries, especially bottle-nosed dolphins and right whales.  But it’s temporary and the threat of seismic testing remains. END_OF_DOCUMENT_TOKEN_TO_BE_REPLACED 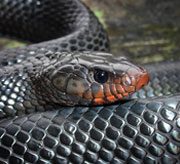 The Nature Conservancy (TNC), the United States Marine Corps (USMC) and the Georgia Department of Natural Resources (GDNR) have partnered to protect a 3,986 acre tract along Georgia’s Altamaha River, in Glynn County. END_OF_DOCUMENT_TOKEN_TO_BE_REPLACED

Stewards of the Georgia Coast and Coastal Georgia Partners in Philanthropy (CGaPIP) joined forces to host a Conservation Donors Roundtable on March 10, 2016.  Held at Musgrove Plantation on St. Simons Island, the Roundtable attracted a capacity crowd of interested private and corporate donors.  END_OF_DOCUMENT_TOKEN_TO_BE_REPLACED

The twice-daily tides in Georgia, often reaching upwards of 8 feet in amplitude, are an ecologically important and powerful driving force in and along the edges of our salt marshes.  For generations, coastal Georgians have attempted to slow the natural erosion of creek banks caused by tides and upland runoff with a variety of methods, including rock revetments or rip-rap and bulkheads made of wood and concrete.  This power struggle has become more challenging in the face of rising sea levels and increasingly intense storm events. END_OF_DOCUMENT_TOKEN_TO_BE_REPLACED

Inspired, generous, and committed individuals have always been the heartbeat and catalyst for Georgia’s legacy of coastal conservation.  Over time, Shoreline will introduce you to donors who are making a difference for the Georgia coast.  Shoreline is honored to begin this feature with a profile of Jeanne Manning of St. Simons Island. END_OF_DOCUMENT_TOKEN_TO_BE_REPLACED 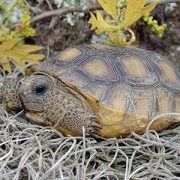 Conservation donors can contribute to this important work in two ways:  funds are needed for operating expenses and conserving land.

The Gopher Tortoise Initiative’s partnership list also includes the Georgia Department of Natural Resources, the U.S. Fish and Wildlife Service, and private foundations such as the Bobolink Foundation and the Knobloch Foundation.