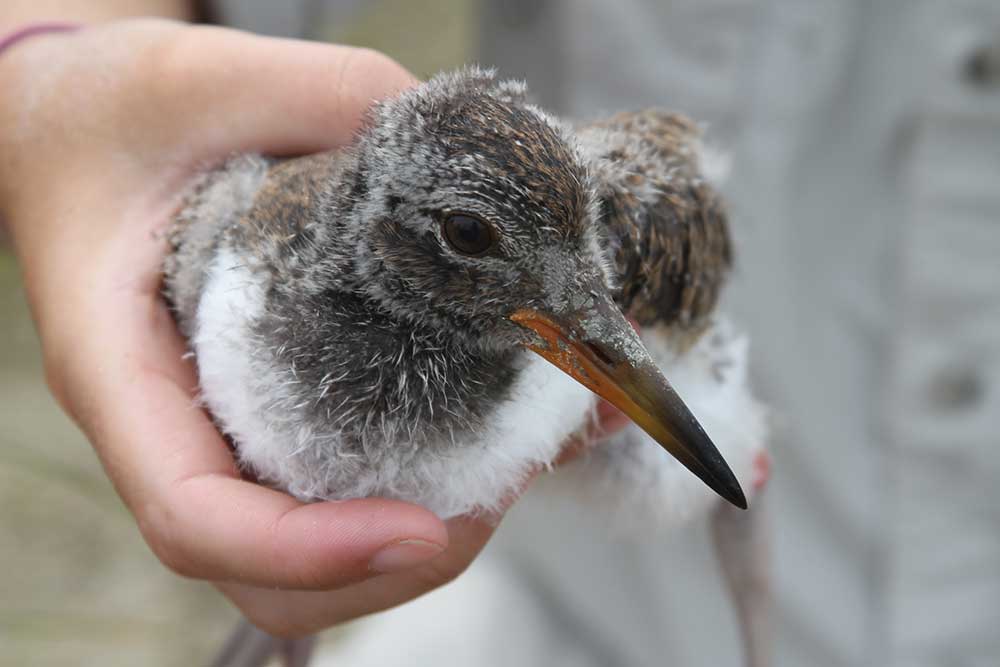 As you may recall, Stewards and the Communities of Coastal Georgia Foundation successfully collaborated in 2017 to “crowdfund” the $10,000 purchase of a Kawasaki mule UTV and related equipment for Georgia DNR’s Wildlife Conservation Section to use on Cumberland Island. For four years, that vehicle transported field technicians on regular patrols to monitor nesting American Oystercatchers and Least Terns on the Cumberland beaches. It also enabled volunteers to increase their survey rate for Piping Plovers from 3-5 per year to 12 per year. Hundreds of Piping Plovers were documented, and many were banded — greatly expanding our understanding of the importance of the Georgia coast to this endangered species during migration and winter.

After four years of service and many miles of exposure to sand and salt air, the 2017 mule has been retired.  But, thanks to the generosity of Stewards Jon and Janine Weller, that’s not the end of the story! Jon connected this spring with Tim Keyes, coastal bird biologist with Georgia DNR, on the Stewards field trip to Harris Neck National Wildlife Refuge. On that trip, Jon learned that the Wildlife Conservation Section of the Georgia DNR relies heavily on private philanthropic support for their mission to conserve plant and animal species. Shortly after Jon returned home and spotted DNR’s request for a replacement Kawasaki mule on the Coastal Conservation Project List, Jon and Janine graciously offered to fund the purchase.

Thanks to the generosity of the Stewards network both in 2017 and 2021, Cumberland Island shorebird research efforts are equipped for continued success.

The Lasting Impact of William Bartram’s Writings and Illustrations